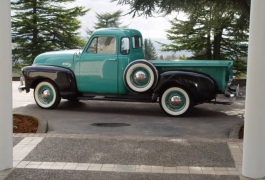 This Chevy 5 Window was a pick-up I found while on a business trip in Sacramento, California. The pick-up was owned by a man who breed and raised Arabian Horses. This gentleman also had a 1954 5 Window. A photo of the 1953 made the December page of the 2006 "Stove Bolt" calendar - got 'a love it. I bought the truck in 2009 in New Castel, California and canceled a flight back to Portland. I repaired some wiring for the lights, bought a 5 gallon gas can filled it, bought 2 gallons of anti-freeze, 6 quarts of oil and started to drive back to Aloha. It took 19 and a half hours but it made the trip without a problem. I have "freshened" the interior, installed a new wiring harness, added 5 new wide whitewall tires, chromed bumpers and front bumper guard and cleaned up the engine compartment. Fenton Headers and a duel exhaust system was added in 2016. The engine is a stock 235 with a 4 speed transmission. The radio I converted to AM/FM. LaDeane says she likes the 5 window the BEST (even better that the 55 Chevy Convertible) because this is the ONLY car that first ride in also brought her home (not a return trip home in a tow truck) 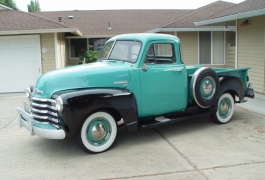 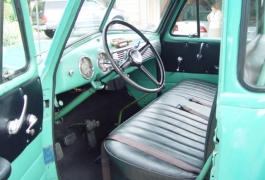 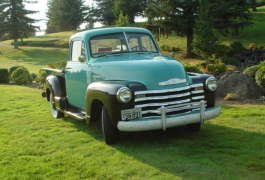 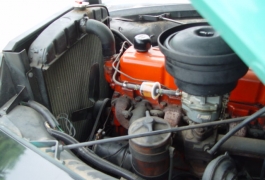 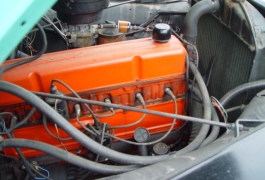 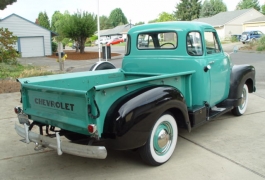 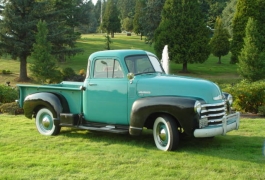